Posted on 28 September 2015 by adrianprockter 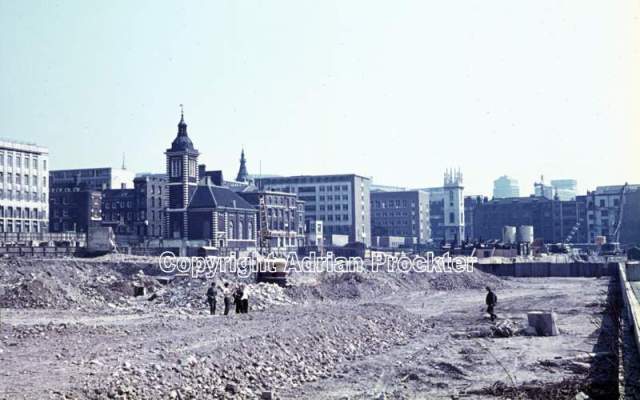 Above: The unusual sight of an open view of the church, in June 1971. This was not due to bomb damage but clearance of the site in order to build a new access road and erect a large office block. Most of the open land was where a large excavation was carried out to discover the old foundations of the walls of Baynard’s Castle. Three Wren church towers can be seen in the distance: St Benet, church and tower (nearest the camera); St Nicholas Cole Abbey spire (behind St Benet); and the lone white tower of St Mary Somerset (towards the right).

The earliest church on the site was first mentioned some after 1100 as ‘Sancti Benedicta super Tamisiam’ meaning ‘St Benet above the Thames’. When Inigo Jones died, in 1652, he was buried in the medieval church. That church was destroyed in the Great Fire on Monday 3 September 1666.

A new church, designed by Christopher Wren and built 1677-83, was built on the site of the one destroyed in the Great Fire. In 1879 the building ceased to be used by the Church of England and parish of St Benet was united with that of St Nicholas Cole Abbey. St Benet’s church was given to the Welsh Episcopalians on the condition that their services were held in Welsh – which they were happy to do and they still use the church to this day. It is now called the ‘St Benet’s Metropolitan Welsh Church’.

Before the 1970s re-alignment of the street plan in the area, the church stood on the north side of the old Upper Thames Street, at Nos 225-226. Although the church has not moved, it is now ‘squeezed into’ a space beside large office blocks beside the new dual carriageway that Upper Thames Street became in the 1970s. 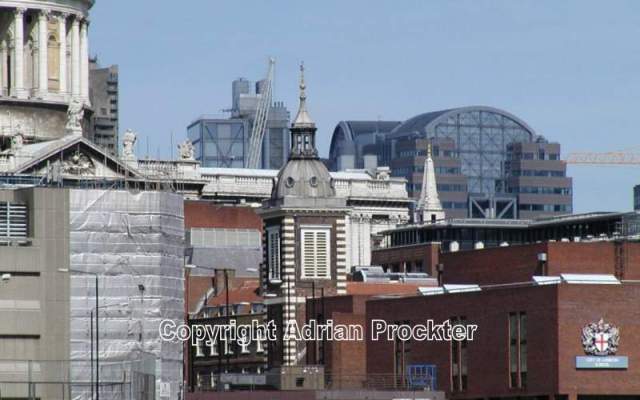 Above: The fine brick-built tower of St Benet, seen from the River Thames. 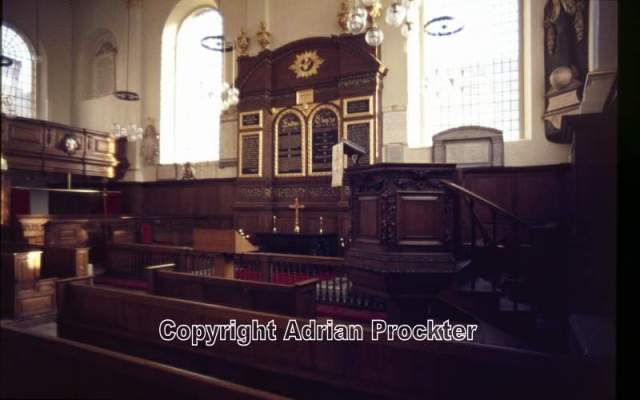 Above: The grand interior, designed by Wren, looking towards the original altar.

Before ending this article, it might be worth pointing out that ‘Paul’s Wharf’ in the old name of the church has long since gone. Paul’s Wharf was a well-know location on the riverfront until the 1960s. There were also ‘Paul’s Stairs’ a set of water stairs leading to the shore from the southern end of a narrow passageway called ‘Paul’s Pier Wharf’. All of that is buried under the modern concrete of the new dual carriageways and adjacent riverside pedestrian walkway.